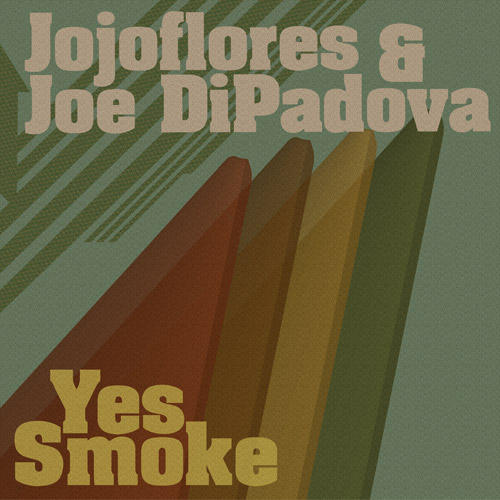 Click the logos below to purchase from a selection of stores (the release is available in ALL digital stores):

In response to the Koro Koro classic ‘No Smoke’ comes the Deeper Shades Recordings debut release from Jojoflores & Joe DiPadova.

A generous rhythm intro sets the tone and is a perfect prelude to the subtle, introspective key work and sonic flourishes that follow. Yes Smoke’s meditative nature does not limit it to late night home listening or simply headphone music.  This has kept some of the hottest dancefloors moving worldwide over the past six months.

After years as one of the world’s most in demand DJs, Jojoflores (Gotsoul / Therapy – Montreal) has been quietly sneaking the role of producer into his rolodex of talents. Yes Smoke is his strongest showing to date and his partnership with up and comer Joe DiPadova proves successful.  Joe has been rewriting the book on house music in Phoenix, Az and has releases out now on Tribal Winds, Poji Rec & Getaway Recordings.

"I used to play and still play the original version [by] Koro Koro.. but this version is definitely rocking, respecting the spirit of the original.. so YES I WILL PLAY THAT 2008 VERSION !!"
- Franck Roger (Real Tone - FRANCE)

"Many thanks for the track, I love and still play the original Koro Koro. I am loving this interpretation....great stuff"
- Harri (Sub Club - UK)

"It's a proper deep house track and they are very hard to find these days, very tasteful indeed."
- Irfan (Rainy City Music - UK)

"Really feeling this first release on your label. Here's to the future of Deeper Shades Recordings"
- Deli-G (The Future Of House Radio Show - UK)

"been listening to this alot.. it really is a journey!  tight production on this with some serious trad deep house sounds.. "
- Ric McClelland (Scope - UK)